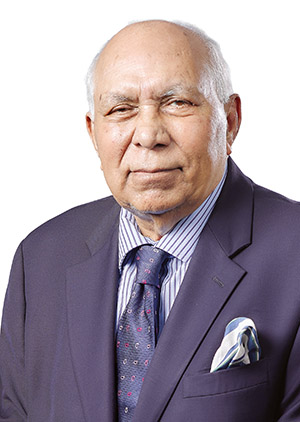 He graduated from Chittagong Government College under University of Dhaka in 1955 and began his career with the reputed British company Bird & Co. Ltd. and rose to the position of the Managing Director in 1976 when the company was changed to Birds Bangladesh Ltd.

In 1980, he left the company to start his business and partnered with Aquamarine Limited, a Chattogram based Shipping Company. Later, he formed a joint venture company Maersk Bangladesh Limited of Maersk Lines, Copenhagen, Denmark. He served as the Chairman of the company until 1997 with an excellent track record.