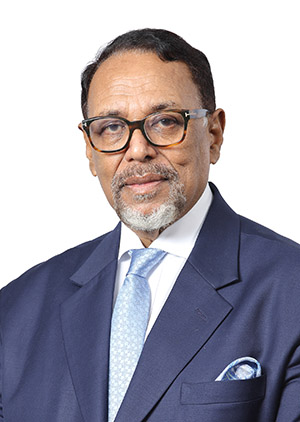 One of the most revered business leaders of the country, Mir Nasir Hossain has a diverse range of business interests including construction, real estate, telecom, ICT, Software Development, ceramic tiles manufacturing, banking, textile, liquefied petroleum gas (LPG) and insurance. He excelled as a student and passed his post-graduation in accounting from the University of Dhaka with flying colors. He joined EBL Board in 1993.

Mir Telecom Ltd., a business concern under his dynamic leadership, won the National Export Gold Trophy thrice in 2012-13, 2013-14 & 2016-2017 in Service Sector. He received the export trophy award from the Honorable Prime Minister of the People's Republic of Bangladesh. For his significant contributions to the industrial growth of the country, he was declared a CIP (Commercially Important Person) by the Ministry of Industries for 2012, 2013, 2017 and CIP Export 2014 & 2015 from the Ministry of Commerce.

He is the Chairman of both the Executive Committee (EC) and Risk Management Committee (RMC) of the Board of EBL and member of EBL Shariah Supervisory Committee of EBL Islamic Banking.