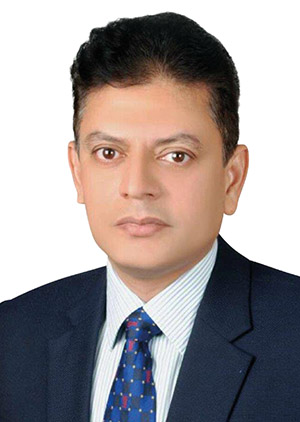 A renowned architect, Ashiq Imran is the Honorary Consul of the Russian Federation in Chattogram and a representative of Belarus Chamber of Commerce and Industry (BelCCI). He obtained his M. Arch in 1993 from Belarus National Technical University, Belarus, CIS under a scholarship program from former USSR government. He has been awarded medal of recognition for his contributions to the development of bilateral relations between Russia and Bangladesh and was instrumental in setting up a memorial in the Laldighi area of Chattogram in honor of Yuri Redkin, a Soviet Naval Officer killed in a mine-clearing operation at the port of Chattogram in 1973.

He is the elected chairman of Institute of Architects Bangladesh (IAB) for a two-year term 2021-22. Currently, he is the CEO and principal architect of the Chattogram-based architectural consulting firm Fialka.

He is a member of the Audit Committee (AC) of the Board of EBL. He is also a Director of EBL Investments Limited and EBL Securities Limited, both are fully owned subsidiaries of EBL.