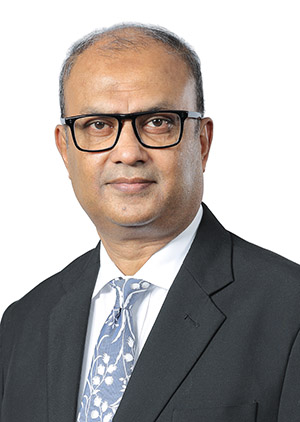 Mahiuddin Ahmed's professional banking career spans over 33 years. He began his banking career at Standard Chartered Bank (SCB) Bangladesh in 1988 and served at various units until 2005. He then moved to SCB's regional headquarter in Singapore to oversee the implementation of Core Banking System (CBS) in major markets across Asia and Africa, where he served up to 2010. Prior to joining EBL, Ahmed was managing the Sanction Operations Advisory team under Group Financial Crime Compliance in Singapore, responsible for embedding sanctions policy, country deployment models and service metrics across 40 countries until 2016. He joined EBL the same year and became Head of Operations Division in 2017.

In 2016, Ahmed exercised a reassessment of EBL Operations' deliverables across the board, followed by process reengineering in 2017, improving efficiency and productivity in addition to eliminating tedious routine practices, old-fashioned processes and functional imbalances. In 2017, EBL Operations received ISO 9001:2015 certification, a testimony of his leadership excellence and organized teamwork.

Ahmed obtained a Bachelor and Master’s in Economics from Jahangirnagar University, Dhaka. He attended formal training in advanced Sanction Compliance, Operational Risk, Technology Projects and many other courses in Singapore, India, Hong Kong and the UK.