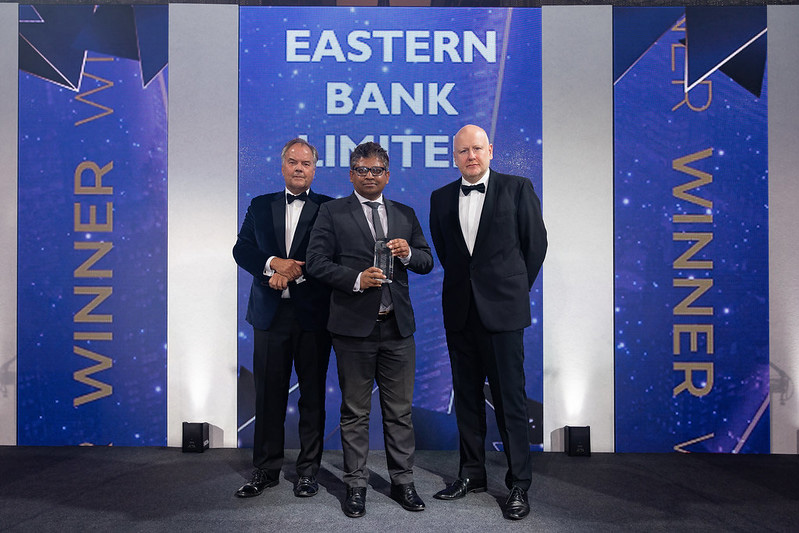 EBL becomes the only bank in Bangladesh to receive the coveted award for the fourth time.

According to Euromoney, as a Bangladesh institution, Eastern Bank delivered the greatest progress through its period under review. Its net profit grew 13.5 per cent to Tk4.65 billion ($53 million) in 2021, while its return on equity of 15.51 per cent, the cost-to-income ratio of 39 per cent and non-performing loans ratio of 3.7 per cent represent the best trinity of metrics in the industry.

Eastern Bank bounced high from Covid. The pandemic gave the bank a chance to strengthen its Insta Banking model, including its EBL Self Service hub and digital loan platform, electronic know-your-customer, a new chatbot model, and the EasyCredit model to convert unused credit card capacity into loans on request, and the Skypay online payment gateway.

Behind all of this is Project Rupantor, which seeks to upgrade the bank’s core banking system, a long-term project that went live in April 2022.

Euromoney’s Awards for Excellence were established in 1992 and were the first of their kind in the global banking industry. This year Euromoney received a record number of submissions from banks in regional and country awards programme that covers more than 50 regional awards and best bank awards in 100 countries.

Eastern Bank Ltd (EBL) has observed the National Mourning Day and 47th martyrdom anniversary of the Father of the Nation Bangabandhu Sheikh Mujibur Rahman with due respect.

Bangabandhu Sheikh Mujibur Rahman was not only a charismatic but also a visionary leader. Bangabandhu’s dream of ‘Shonar Bangla’ to a great extent is in line with the Sustainable Development Goals,

Eastern Bank, run by chief executive Ali Reza Iftekhar, has been a consistent presence in Asiamoney’s annual best bank awards. Over the last year, the firm went the extra mile to remind the market why.